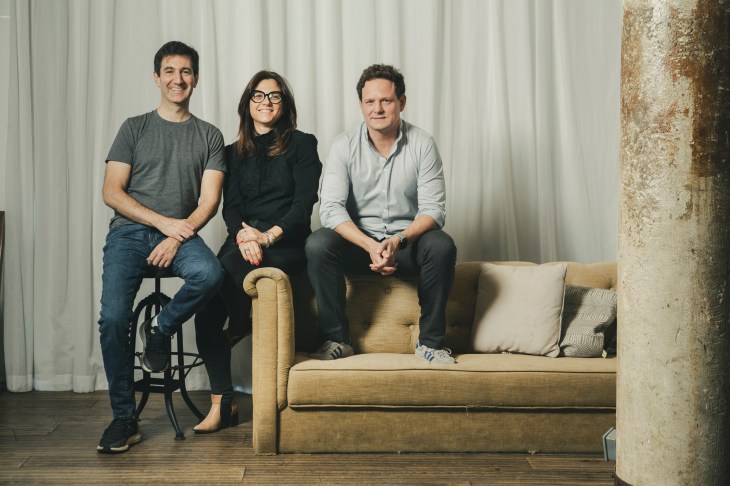 As the world of digital payments continues to wait and see what kind of impact cryptocurrencies will have on the wider market (if any), consolidation continues apace among those that have built tools for today’s payment needs. Payoneer — a provider of cross-border payment services to millions of businesses in some 200 markets that’s valued at over $1 billion — is today announcing that it has acquired optile, a German startup whose platform lets businesses integrate into a single payment experience different products offered by itself and third parties.

Terms of the deal are not being disclosed, but Scott Galit, Payoneer’s  CEO (seated, left, with Keren Levy, Payoneer COO and Daniel Smeds, founder and CEO of optile), noted in an interview that Payoneer itself is profitable and the deal was done without any outside, additional funding.

Payoneer reportedly engaged advisors this past summer to help it raise its next round of funding, something that Galit did not deny.

“I think it’s not impossible to raise more,” he said. “Acquisitions may be one way to accelerate our growth, so we might do this as we identify more opportunities.”

Optile is Payoneer’s second acquisition: The company acquired escrow-as-a-service provider Armor Payments in 2016, just ahead of raising its last round of $180 million from Technology Crossover Ventures and Susquehanna Growth Equity. (Incidentally, that precedent — first an acquisition, then funding — could be another indicator that another fundraising event is on the way.)

Payoneer today competes with the likes of PayPal, Adyen, Stripe, PayU, traditional banks and many others in providing an array of services to enable payments between businesses.

Payoneer may not be a company you hear a lot of buzz about, but its customers speak to the traction that it has quietly amassed across a wide swathe of markets: They include the likes of Facebook, Amazon, Airbnb, Fiverr, Rakuten and Google, and Payoneer is used to make it easier to pay money out to businesses, for businesses to pay in money for goods and services and (in the case of marketplaces) to provide cash advances to businesses in order to make purchases.

Optile will bring another layer of service to that existing stack: specifically, in the form of payments integration. Companies — say, like Airbnb — that sell not just their own products, but those of third-party providers (airline tickets, or tours, for example) can use optile’s  platform to integrate all of these into a single payments experience.

Similarly, the platform can also be used to integrate different payment methods into a single experience. Both of these are important for the customer experience in commerce, as one of the biggest challenges in online purchasing is shopping cart abandonment, when people simply walk away from buying things because the process of doing so is too tedious.

Optile is not just bringing a new level of technology to Payoneer: it’s bringing talent. The company was founded and run by Daniel Smeds, who had already built up a strong track record in payments, first as the first director of technology at payments giant Wirecard, and then founding and selling another payments business, Pay.On, to ACI for $200 million. Smeds and his team of 75 will be joining the larger startup, where they will continue to operate as an independent group based out of their current HQ in Munich.

It’s not clear how much optile had raised in funding prior to this, but the deal underscores how consolidation is a game that both medium-sized and large companies will play to increase their real estate and customer touch points, but also that smaller companies will become involved in as an alternative to trying to scale their businesses on their own.

“In joining forces with Payoneer, we’re thrilled to have the opportunity to leverage their global infrastructure and team to continue building the world’s leading open payment orchestration platform,” said Smeds in a statement. “Payoneer shares our obsession with customer experience, meeting their needs today while preparing them for tomorrow, and are equally committed to bringing simplicity, flexibility and scale to today’s digital business.”

The next steps for the combined business are likely to see that scope expanding further.

“Cross-border payments is a $50 trillion market,” said Galit. “That’s a gigantic and broad space in practice.” He declined to say whether that could include expansions into areas like cryptocurrency, but noted when I asked about Calibra that Facebook is a valued client.

These materials were prepared by eData Financial Media Group, an independent sales agent for US and International Bank Card acquirer. All trademarks, service marks and trade names referenced in this material are the property of their respective owners.

*Promotional offer is brought to you by eData Merchant Service Restrictions may apply. Call 561-395-9554 for details.