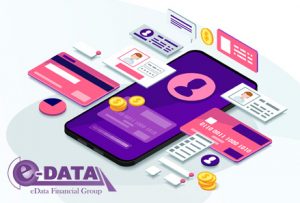 Decentralized finance, or ‘DeFi’, is an emerging digital financial infrastructure that theoretically eliminates the need for a central bank or government agency to approve financial transactions. Regarded by many as an umbrella term for a new wave of financial services innovation, DeFi is deeply connected with blockchain — the decentralized, immutable, public ledger on which Bitcoin is based — that enables all computers (or nodes) on a network to hold a copy of the history of transactions. The idea is that no single entity has control over, or can alter, that ledger of transactions.

Most of the financial services that could be defined as DeFi can be found on the Ethereum network, the second-largest cryptocurrency marketplace, which also acts as a platform that allows other blockchain apps to be built on it (Ethereum’s cryptocurrency, Ether, is used to pay transaction costs). By utilizing decentralized apps, or dApps, two or more parties can exchange, lend, borrow, and trade directly using blockchain technology and smart contracts without middlemen’s involvement and costs. It’s a fair, free and open digital marketplace — at least in theory. In practice, at least for now, that’s not always the reality